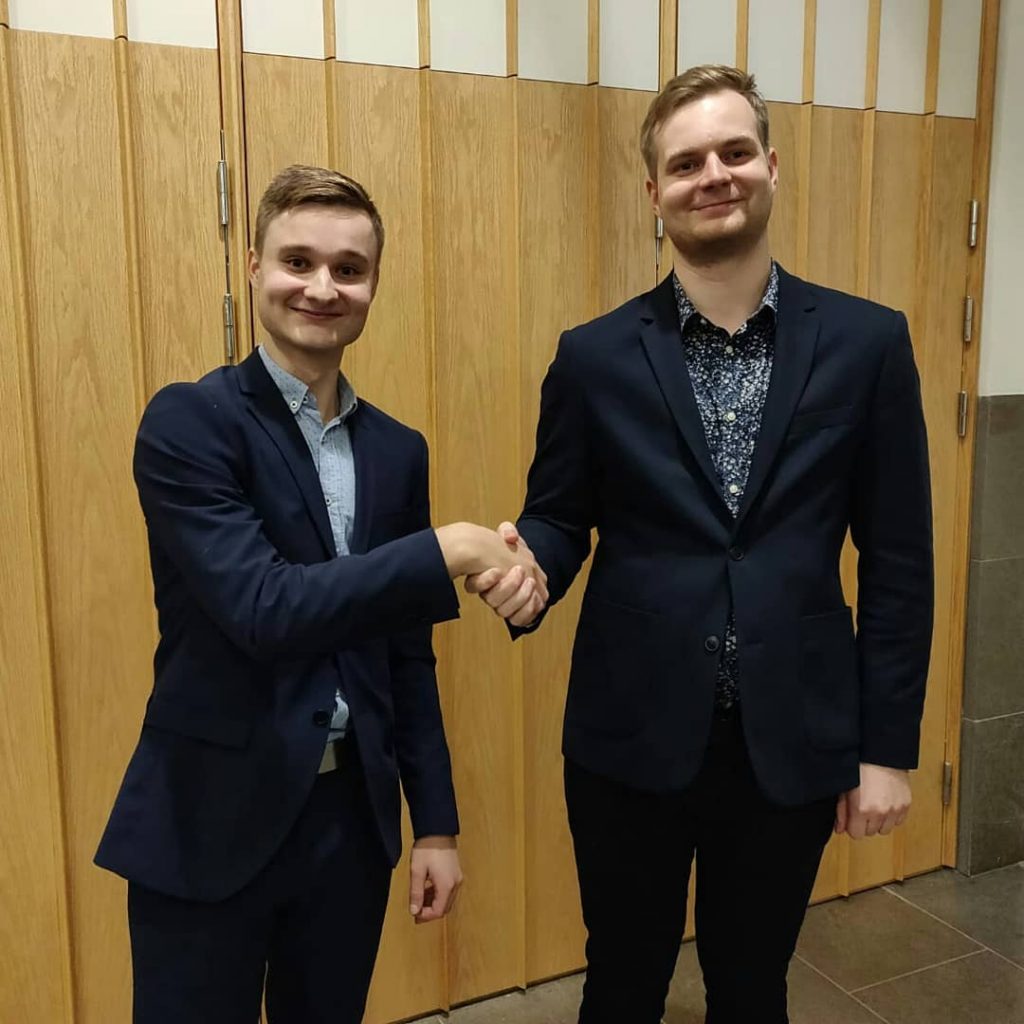 “The board year was the most educational year of my life. I don’t believe that one can experience such a level of enthusiasm anywhere else.“

Guild official and board roles are fun and quite educational. Acting in these posts will give you a chance to help your guild in the way that fits you the best. You’ll get to meet new people, and may even make life-long friends both in and outside the Guild. You’ll get to affect the Guild’s activities both as a board member and as a guild official, but the possibilities are a bit wider in the board. Volunteering at the Guild is one of the best ways of getting to know Teekkari life. Don’t miss your chance of a lifetime, and apply right away either to the board or to guild official posts for the coming year!

The guild volunteer posts last for a calendar year. Each autumn, there will be an election sheet at the guild room, where all available posts for the next year will be listed. Those interested in applying can write their names to the sheet under the desired posts. There is also an electric application form here. Board member candidates should also write a blog post to Fiirumi, where they introduce themselves and tell why they are applying for a given position. A more detailed schedule for the elections can be found here. You can also apply for board positions in the elective meeting.

All the Guild of Physics activities are based on volunteering. The board, which is currently composed of a chairperson and at least six and at most ten other members, takes care of most of the administration. In recent years, the board has consisted of 11 members. The board takes care of the Guild’s finances, make decisions on practical matters, represent the Guild to third parties and lead the guild officials. The sitting board makes a proposal for the next year’s board’s composition, and it is finalized in the Guild’s elective meeting. This years proposal is a bit different from those of the recent years both in terms of the number of board members, and board roles. Descriptions of the proposal roles can be found in their own page.

Both board roles and guild official posts last usually for one whole year. There are exceptions, such as the Freshman Captain (1,5 years), International Captain (1,5 years) auditors (from one year to potentially five years)m and Fuusio coordinators (from september until march). Also, you can apply for most guild official posts for half a year, if you convey this is in your application.

This year, the meetings concerning the elections will begin a bit earlier than usual. On the 14th of october, there will be an additional Guild meeting concerning a rule change that would allow the board’s size to grow from the current maximum to 12 members. As rule changes must be passed in two consecutive meetings, the final decision on the rule change will be made on the elective meeting’s first part. The rule change concerns the current board’s base proposal for the next board’s composition.

The elective meeting will be held sometime between October 15th and December 15th. Between the elective meeting’s two parts, there will be a panel, where applicants to board roles and the more demanding guild official posts can present themselves, and they can be asked questions. The purpose of this panel is to lower the number of questions presented at the elective meeting, which is always quite long. A more detailed schedule for the meetings can be found in their own page, or the Guild’s calendar.

Right after the elective meeting’s first part there will be time to relax with the Guilds traditional PIP game, which is only played once a year. After the meeting’s second part, the Guild has its traditional Christmas party, which is organized by a committee composed of freshmen.

“Let’s make this an election”